Posted by Lupita Colmenero In Uncategorized

Expert Insights:  All About Stepmoms with Peggy Nolan of The Stepmom’s Toolbox

by Michelle LaRowe Editor in Chief 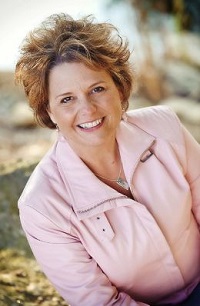 With over half of all marriages ending in divorce and half of all children under the age of 13 living with one biological parent and that parent’s partner, according to Stepfamily.org, step families are becoming more prevalent and more common. What makes them the same and what makes them different than first or original families? Recently I had a chance to
circle around with Peggy Nolan of The Stepmom’s Toolbox to learn about the unique role stepmoms play in today’s families. Here’s a bit of what she had to say.

eNannySource: What are the three most common myths surrounding the role of a stepmom?

Peggy: The most common mythos surrounding the stepmom role is The Wicked Evil Stepmother, perpetuated in folklore and brought forward into our modern day storytelling by none other than Walt Disney. Stories like Cinderella, Snow White and Hansel and Gretel paint stepmoms as spiteful, greedy, jealous and vain women. Many women in the stepmom role spend a lot of energy dispelling this myth to those in their circle of influence. Another myth is that stepmoms are home wreckers. Modern stories like Stepmom (starring Julia Roberts) and The
Other Woman (based on the book Love and Other Impossible Pursuits, starring Natalie Portman) depict the stepmom as a home wrecker. Most stepmoms are kind, loving and caring women who simply find themselves in no man’s land when it comes to being a stepmom. Most stepmoms are not notorious home wreckers. In fact, most women enter into a relationship
with a man with kids after he’s divorced. Another common myth is that stepfamilies are just like first families. This couldn’t be further from the truth. Unfortunately, a 1970’s sitcom portrayed a stepfamily as a happy bunch who immediately clicked, rarely argued and all problems were solved in 30 minutes or less. Many new stepfamilies are under the illusion that their family will integrate as soon as the “I do’s” are said. This illusion is in direct conflict with reality. It takes time for stepfamilies to integrate. It also takes the Three P’s – Patience,
Persistence and Perspiration.

eNannySource: How do you define the role of a stepmom?

eNannySource: How can step families work to coordinate childcare so it’s seamless?

Peggy: This seems to be one of the trickiest parts of step family dynamics. Even with the best co-parenting, glitches happen. Someone is late for pick up or drop off. Someone forgets it’s
his or her weekend to take the kids. In high conflict situations, these glitches can escalate rapidly. If the parents have a difficult time communicating, many times the stepmom will step in and attempt to be the peacemaker and “fix” the problem. This can be risky, as now the stepmom has put herself in the direct line of fire from three different sides –her husband, his ex and the kids. In lieu of good communication between the co-parents, there are tools that stepfamilies can use to coordinate childcare, such as Our Family Wizard or other online calendaring tools.

eNannySource: How long does it take a step family to function as a cohesive family unit?

Peggy: On average it takes seven years for a step family to integrate. Some may integrate sooner, some later, and some may never integrate. One of the biggest mistakes step families make is to make their stepfamily become a first family. Stepfamilies are not first families in any way, shape or form. Every attempt to make them so is like trying to hammer a square peg into a round hole. It’s important for stepfamilies to practice becoming a stepfamily: Practice communication, practice relationship investment, practice building trust, practice getting to know each other, and for the couple – practice date night, practice united parenting, practice making your relationship a priority.  It takes 10,000 hours of practice to become an expert in anything. And if the average stepfamily integration takes seven years – that’s four hours of stepfamily practice every day for seven years. I did the math. It equals 10,200 hours.

Peggy: My best advice comes from my wonderful husband. It worked for me and it works for everyone I pass it on to. When I suddenly found myself as a custodial stepmom to my husband’s youngest son, I asked my husband how he wanted me to play the stepmom gig. “Be your wonderful self,” he told me. “You can’t go wrong with that!”

This advice works because it’s simply too exhausting to be anyone else. As the stepmom, you are not the mom. Don’t try to be her. Don’t try to outdo her or be better than her. It’s not a competition, so don’t make it one. Don’t compare yourself to the ex-wife. That will only serve to create jealousy and self-doubt. Just be the wonderful you that you are. Trust me, you’ll do more for your marriage and relationship with your stepkids when you live from your true center.  In the fabulous words of Oscar Wilde, “Be yourself. Everyone else is already taken.”

eNannySource: What’s the most common mistakes new stepmoms make? What’s your best advice to combat it?

Peggy: I believe one of the most common mistakes new stepmoms make is trying to create a first family experience in a stepfamily. The definition of insanity is doing the same thing over and over again and expecting a different result. If you keep hammering a square peg into a round hole you’ll remain frustrated. You can try to shave off the ends, but that won’t work for long. Successful stepmoms know that this is a marathon and not a sprint. It takes time to merge households. It takes time to integrate kids from different relationships. It takes time to get on the same page with your partner about parenting, finances, household responsibilities and shared goals.

Peggy: The best thing women in the stepmom role can do for themselves is practice self-care. Too many women run themselves into the ground by trying to be everything to everyone.  Give yourself permission to take care of yourself. Get plenty of rest. Eat right. Spend time in silence through mediation or prayer every day. Get at least 30 minutes of physical exercise a day. Pursue a hobby or dream that brings you joy. Focus on your relationship with yourself first. Why? Because we teach others how to treat us by how we treat ourselves. If you want to feel loved and appreciated by your man and those you love, you must love and appreciate yourself. Self-care is as necessary as oxygen!

Peggy Nolan is a leading authority on self-care and personal development for women in the stepmom role.  She has been referred to as she “Self-Care Queen” by her peers and clients because of her strategies to reduce and manage stress work. Peggy has been part of a stepfamily for over 40 years. She knows what it’s like to be a step-daughter, a step-sister and a stepmom. Peggy is the mom of two adult children, the bonus mom of four adult children and the grandmother of two. Peggy’s articles have been featured in The Huffington Post, Divine Caroline, The Diva Toolbox, Applaud Women, Aspire and StepMom Magazine. Peggy has also interviewed numerous leading experts in stepfamilies on her highly acclaimed internet radio show, The Stepmom’s Toolbox Radio Show. You can connect with Peggy at http://thestepmomstoolbox.com, http://21dayaffirmationchallenge.com and           http://self-care101.com.